From 13th January 2021:
NEW FACES IN SWISS CINEMA - a portrait study for the "Solothurn Film Festival"

"Zurich based filmmaker and photographer Thomas Krempke is the guest photographer of the 56th Solothurn Film Festival. In November and December 2020, he traveled through Switzerland in search of the still unknown faces of Swiss film. He introduces them with his portrait series accompanying the new competition "Opera Prima". By creating triptychs and statements about the role of cinema, he approaches the personal side of the directors behind the films. Thomas Krempke's photographic work for the 56th Solothurn Film Festival will be featured before and during the festival in the magazine of the new Solothurn Film Festival website and on the Film Festival's social media (Facebook , Instagram ) will be extended daily until Tuesday, January 25, 2021."

From Saturday 17th January to Sunday 7th February 2021:
Online presentation of THE WHISPERING OF THINGS on sichtbar.art

The planned solo exhibition at Künstlerhaus S11 in Solothurn had to be cancelled unfortunately. Instead, sichtbar.art presents part of the exhibition online.
Link to the exhibition
The online presentation can also be followed on Facebook and Instagram by sichtbar.art.
The book "The Whispering of Things" can be ordered at Edition Patrick Frei.

The opening exhibition under new curator Stephan Wittmer, "K_rien/rein_S" shows works by 31 female and 29 male artists, including a contribution of mine from the work Ricordare Rivapiana.

From 2 September to 18 September 2020: WIP-KINGE at nano - Raum fuer Kunst in Zurich

In the context of the group exhibition by nano - Raum für Kunst you can see my latest work HANDLUNGEN #1 TO #19 in the shop windows around Röschibachplatz in Zürich.

This work will be exhibited from
11th January to 24th January 2020
during the group exhibition Rivapiana - The Motel (1972-2018). Eine Hommage.
at Rathaus für Kultur in Lichtensteig, Hauptgasse 12.
Opening Saturday 11th January 2020 5 pm

THE WHISPERING OF THINGS shortlisted for the Arles Book Award 2019 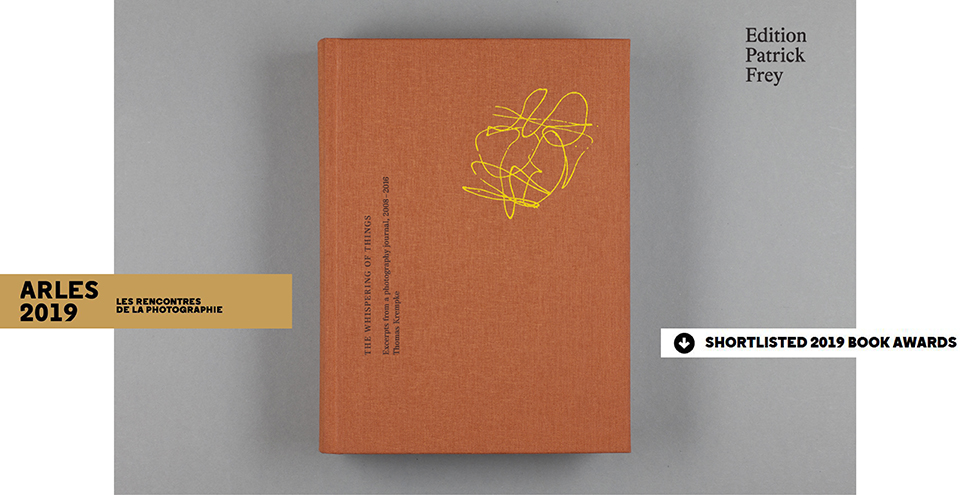